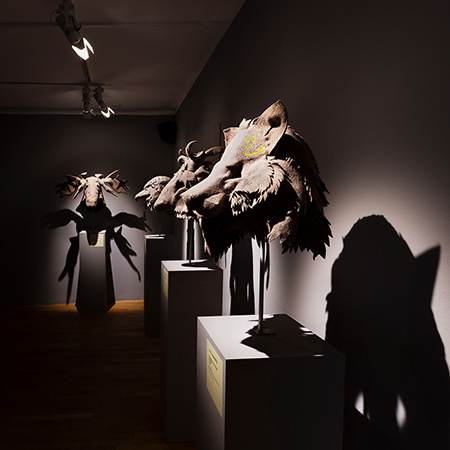 For 30 years, Lucy and Jorge Orta have questioned the boundaries between body and architecture by exploring a number of social issues. The British-Argentinian couple’s creations are a critical, aesthetic and political response to problematic human situations. Their goal is to appease conflicts between humans and the planet. Symphony for Absent Wildlife is an ode to wildlife. The orchestra is formed of extinct or endangered species played by singers dressed in grey costumes and animal masks. They seem to be gradually wiped out by the city but their music is their voice. The Symphony is available as an audiovisual piece combining images from four performances.

Our future is electric